How did you end up where you are?

A friend asked me this question recently. At first it felt like the standard career history question I’ve answered many times. The difference was that I felt safe enough to tell the whole truth. Having talked through the story it felt wrong to keep it hidden.

The entry point is a something I’ve told many times: In 2012 I was in coaching training by Neuroleadership Finland and for the first time in my life I realized that I need to change. This coincided with my 30th birthday which is roughly the age when the human brain is fully mature. So, I was also biologically in a good place to start thinking. The training helped me transform from an arrogant expert to a coach.

Around the same time I was in a situation where I strongly believed that I knew how things should be done. I faced an equally stubborn person who disagreed with me on some key points. This whirlwind of wills fuelled many positive changes, but also hurt many people. I’m sorry.

Over the course of about a year the tension rose until we were at a point where I found myself in a full blown limbic flight response hiding in a phone booth at the office. My anxiety had gotten to a level where I was physically unable to go to my seat. This was the second time I realised I may need to do something differently. The sad part is that I didn’t realize this from all the fights we had, the blame was always on someone else.

Thinking back to this I’m unable to pinpoint the event even with an accuracy of a month. It’s very likely it actually happened multiple times. I had been under chronic stress for months which impaired my cognitive function and severely compromised my ability to form long term memories. I’m unable to form an exact timeline of the events that followed but I have a feeling it took a while before I actually did anything.

Regardless of the timeline three key things happened.

I was able to return to work after a few months. The situation itself was never really resolved. It dissolved due to other changes in the organisation.

The 8 week program in Mindful Way Through Depression was where my more or less regular mindfulness practice began. The body scan is still one of my go-to practices.

Saki’s book is what gave me the words to describe my own state: “Shattered but still whole”. Thank you.

One major thing I changed about my behaviour was that I stopped ‘shoulding’ myself. This is a practice I continue today. I’ve written about this in more detail earlier in my blog.

The biggest benefit of talking with the psychologist was realising that the anger and anxiety that I had carried for years was not fully my own. It was my extreme empathy that had made me the unknowing champion of the repressed. I was channeling the collective emotions of people around me. Regular mindfulness practice and being more aware of the sources of my feelings enabled me to function and even help others in an environment that would’ve otherwise overwhelmed me.

To Infinity and Beyond

The Mindfulness Summit in 2015 was the next major step on this journey. I’m eternally grateful to Melli for making it a reality. Thank you. Listening to so many teachers and practitioners broadened my horizons, deepened my own practice and gave me new people to follow.

During the summit while listening to Kirsten Race I realised that I had been carrying a deep anger with me for decades and it has played a major part in my career. And based on my experience, anger is not a good career counsellor.

Listening to Jon Kabat-Zinn during the summit, I had a profound experience I can best describe as feeling connected with the universe. I’ve never been religious, but I’m starting to understand people who are. It’s a lot easier to explain such experiences as something divine rather than as something built in the nature of being.

Experiencing connection with the universe didn’t magically transform me but it left me open to explore more. Sounds True happened to have a 75% sale on Thich Nhat Hanh’s Living Without Stress and Fear soon after the summit.

This was my first contact with Buddhism outside the common stereotypes and brief mentions in school books. What surprised me the most was how well many of the teachings from over 2000 years ago align with modern science (seeds -> habits, no ego -> relational self & no permanent self, sensing, thinking and feeling separate processes, community as a source of mental strength, feedback loops between body and mind).

Listening to Thich Nhat Hanh has brought about a unspecific deepening of everything and overall serenity for me. Whatever happens is whatever happens, we are responsible for making good things more likely to happen. He has also reinforced my belief in human potential which is a key tool for me as a coach, facilitator and a father.

If me from a decade ago would read this, he would be very confused. We are definitely not the same but not completely different either.

Things that he would appreciate are:

Things that would surprise him:

I’m publishing this story mostly from a personal need for being true to myself and practicing what I preach: transparency, being human and continuous improvement. Hope this also helps someone else find peace.

Things that happened after all this:

The Coronavirus situation gave me the opportunity to stop and refocus. I realized that what I was working on 5 years ago on myself is now a lot more relevant for even more people. And what I wrote before still applies. Whatever happens next is what happens next, I know I’m ready to make the best of it.

The distilled knowledge and wisdom from this journey is also available as a workbook that helps you improve your internal conditions for learning through deliberate practice. You can get the Learn 24/7 Workbook on Amazon globally. The book is very intentionally available as a physical book only to give you an opportunity to step away from the screens in your life and focus on yourself.

2 thoughts on “How did you end up where you are?” 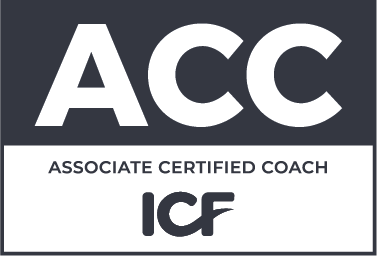